Right from heart-melting desserts to smoky, aromatic curries, from standalone cinnamon sticks to coffees and hot chocolate drinks, cinnamon is always ready to satisfy your taste buds to no extent. Now, what if this mouth-watering spice disappears from the world?

Well, this situation seems unrealistic to happen in reality. So, let’s imagine something less drastic like the inability to find cinnamon in your home or any nearby supermarket. In such a scenario, the uncontrollable craving for cinnamon will ask you to find the best substitute for cinnamon.

Let’s look at what all places our substitute for cinnamon would be used.

What All Should The Best Substitute For Cinnamon Cater To?

Since cinnamon matches the vibe of every dish, its substitute should be versatile enough that it can be used in the following dishes.

Although cinnamon is not confined merely to these dishes, still, the cinnamon substitutes should be able to add exotic flavors to the above-mentioned dishes.

Since we are scouting for a decent substitute that can mimic the taste and health benefits of cinnamon, here are some characteristics that spice should possess for becoming the best cinnamon substitute.

The biggest reason behind the popularity of cinnamon in sweet, tangy, or spicy dishes is its flavor. Cinnamon is known for providing slight aromatic sweetness to a dish, which is exotic in itself. And if we are searching for the worthiest alternative for something as flavorsome as cinnamon, compromising on flavor doesn’t seem like an intelligent decision.

Similar to cinnamon, the substitute should also have the potential to give a slight sweetness to the dishes. Though mimicking the exact taste won’t be possible, still, the taste should be close to that of cinnamon.

Besides possessing a unique sweetness, cinnamon is also popular because of its spiciness. This spiciness is used in baking as well as in meat as it enhances the taste by manifolds.

The substitute should also give a slight spiciness to the dish. Although getting something that is sweet and spicy like something is difficult, still, combining two or more spices may help us achieve the desired taste.

3.    Sync with the fitness lifestyle

Many fitness enthusiasts like to go for cinnamon as it helps them achieve slight sweetness without using sugar and thus, the cinnamon substitute should also exhibit the same properties.

These seem like contrasting properties, don’t they? Finding sweetness and spiciness in the same spice is pretty tough. Still, we have shortlisted some spices that can be used as alternatives to cinnamon.

What can be the ideal substitute for cinnamon?

Here are some spices that can be a decent alternative for cinnamon. These alternatives are segregated based on different properties exhibited by cinnamon.

Nutmeg can be called the ideal substitute for cinnamon as its sweetness and spiciness is pretty similar to that of cinnamon. Besides, allspice can also imitate cinnamon to some extent. Here are some of the finest nutmeg and allspice brands that you can resort to if you are looking for some good cinnamon substitutes.

Placed among the bestselling nutmeg powders, McCormick Gourmet Ground Nutmeg is genuinely the most premium nutmeg powders available. This rich, aromatic flavor of the product will make you forget the cinnamon.

Designed for replacing the sweet & spicy flavors of cinnamon, Happy Belly justifies its name with the healthiest and the most flavorsome cinnamon powder.

Organic whole nutmeg is crafted out of handpicked nutmegs straight from the farms of Sri Lanka. The product is certified by USDA and is considered an exceptional substitute for cinnamon.

The 100% naturally-derived nutmegs will surely leave your heart melted. The product is prepared following gluten standards and thus, gluten-sensitive people can consume it without any worries.

Allspice can replace cinnamon to an appreciable extent and this product is the perfect testimony to it.

Setting several benchmarks in manufacturing allspice, Spicy World promises to enrich your mouth with a burst of earthy spiciness with a slight sweetness.

The Spice Hunter can prove to be a one-stop alternative if you are looking for earthy, warm flavors in the meat, sausages, etc.

For more such posts don’t forget to checkout our homepage.

1.What can I substitute for cinnamon?

Cinnamon is known for its slight sweetness along with spiciness and earthy flavors. If you are planning to substitute cinnamon for any other spice, here are some spices that can help you imitate the flavor of cinnamon in your dish.
– Allspice
– Nutmeg
– Clove
– Ginger root
– Mace
All these spices will give distinct flavors. For instance, allspice and nutmeg are for sweetness, while ginger root will give warmth and spiciness to the dish. Mace will give a slight tartness to the dish.

2.What can I use for cinnamon in cinnamon rolls?

If your kitchen doesn’t have cinnamon or can’t find cinnamon in any supermarket, you can still make rolls with a taste similar to that of cinnamon. Cinnamon has a unique spiciness with a touch of earthy sweetness.
You can resort to nutmeg or allspice for achieving a similar sweetness. You can accompany these spices with something spicy like gingerroot to achieve spiciness. Nuts like cashews and almonds can also be added for enhancing the taste.

3.What can you use instead of cinnamon in apple pie?

Nutmeg is a great substitute for cinnamon in apple pie as it offers a similar level of sweetness and spiciness. The spice will enhance the flavor of apples in the pie without overwhelming the taste. And again, the flavor intensity of both the spices is similar and thus, they can be substituted in a 1:1 ratio.

4.Is ground cinnamon the same as cinnamon sticks?

5.Is nutmeg a good substitute for cinnamon?

Yes, nutmeg is an excellent alternative for cinnamon. The spice is generally used as it enriches the dish with a unique sweetness, which can’t be achieved by using sugar or honey.
Since cinnamon also exhibits a unique sweetness, nutmeg can be a great substitute for it. The sweetness intensity of nutmeg is the same as that of cinnamon and thus, you can replace it in a 1:1 ratio. It can be paired with something spicy like gingerroot to give it a cinnamon-like taste.

6.Is brown sugar a substitute for cinnamon?

No, brown sugar is not a substitute for cinnamon due to a vast difference in sweetness level. 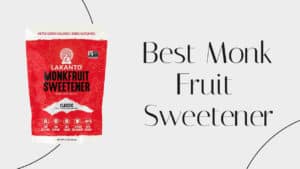 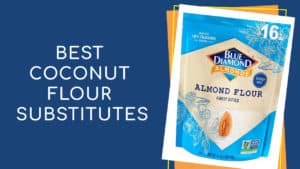 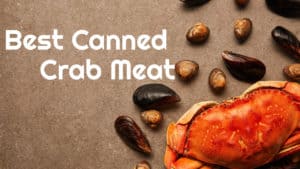 Read More »
PrevPreviousHow To Dry Basil Leaves? 5 Best Ways
Next9 Best Oyster Sauce Substitute That You Need In Your KitchenNext