In this article, we are going to give you the best katsudon recipe. In Japanese culture, Katsudon is called soul food, representing a delectable warm dinner that can comfort even the coldest heart. A bowl of rice garnished with a deep-fried breaded pork cutlet, egg, veggies, and sauces are known as Katsudon in Japan. For Japanese students, eating Katsudon the evening before a big test or school admission exam has now become a contemporary custom. Katsu is a synonym for both panko-crumbed meat in the form of deep-fried cutlet and the verb “win” or “conquer.” The Katsu can be any meat that you like and the don (donburi) means rice bowl.

Katsu-don is one of several famous Japanese meals. It consistently ranks in the top three favorite donburi dishes (rice with toppings in a bowl). Aside from the fact that it’s a good dish, the inexpensive price for the amount of food you get surely entice people. The combination of deep-fried cutlet with rice is extremely satisfying. Katsu-don is a wonderful dinner for individuals who want to fill their bellies with high-calorie meals.

Chicken Katsudon is also a crowd-pleaser, especially among the kids. It’s a famous lunchtime meal in Japan, where you may find it on the menus of restaurants, cafés, and eateries across the country. You may skip a few stages if you’re using residual chicken katsu, but Katsudon tastes best when the katsu is fried at a temperature higher than you would if you were consuming the katsu alone.

You may learn how to make and bread the cutlet by following the steps in my Chicken Katsu or Tonkatsu recipes, and afterward fry it using these methods. The Chicken Katsudon is a traditional Japanese meal of crispy chicken katsu served with flavorful sauce and eggs over rice. Make this tasty rice dish for your family right now!

Mirin is comparable to sake, except it has more sweetness and less alcohol. It’s a common ingredient in Japanese cuisine, and it goes particularly well with soy sauce. Of course, it’s possible that your local supermarket won’t have mirin—at least not its simplest form. Some of the more well-known brands, such as Kikkoman, will be labeled as “aji-mirin,” which implies they’ll almost certainly be sweetened, but they’ll suffice.

Mirin can be found in most supermarkets and on the internet, and it lends a wonderful taste to a range of sauces and meals. If you don’t have any, try using a lesser amount of sake (since the taste is greater) and a pinch of sugar. Dried sherry or perhaps even dry white wine works really well alternatives. So, if you are short of mirin while cooking you can go for these alternatives,

Katsudon, like Oyakodon, is a fairly common lunch dish served at informal restaurants. However, many of us here are not from Japan and may not have access to wonderful Japanese restaurants that provide delicious Katsudon. So, we can create it at home once more! And it’s not nearly as tough to manufacture as you would believe.

Katsudon is made up of only four major components, and it’s fairly straightforward. The pork cutlet is placed on top of the rice in a bowl. And besides, “donburi” (rice bowl) is a Japanese term that literally means “rice bowl.” Since this egg isn’t cooked thoroughly, the pork cutlet doesn’t lose any crunchiness. On top of the rice, the katsu and egg are put.

Katsudon is a popular Japanese dish that consists of a cooked white rice plate served with deep-fried pork cutlet, dashi soup, and eggs. So instead of deep-frying the pork cutlets for this Katsudon pork cutlet rice bowl dish, you bake them in the oven. This way, I’ll be able to make additionally baked pork katsu and freeze some for later. Baked katsu and prepared pork cutlets may be frozen. Also check out – Can you freeze omelette.

1. How do you make Katsudon?

In a saucepan or donburi pan, mix the dashi, soy sauce, sake, sugar, and mirin and bring to boil over moderate heat. Whether using, add the onion to the soup and cook until it is soft about five minutes. Boil for one minute after adding the chopped fried cutlet. In a small mixing bowl, whisk everything together, the eggs and scallions. Pour the egg mix over the cutlet and into the water.

2. Can you air fry chicken katsu?

When you’re desiring Japanese food, this fast and cheap air fryer chicken katsu is the meal to make. It’s served with a simple tonkatsu sauce made at home that goes well with any protein. Due to the obvious air fryer cooking process, it’s impossible to discern that this chicken contains half the calories. It tastes just like genuine fried and breaded chicken, but it’s so much better for you.

3. Can you make chicken katsu in an air fryer?

I believe that when it comes to home-cooked food, almost all of you try to stay away from deep frying as much as feasible. The air fryer makes all your favorite deep-fried dished healthy! You can deep fry almost everything with only half as many calories. Hence this list of dishes also includes chicken katsu. You will get the same taste and crispiness with half amount of oil used. So, if you are trying to make your katsu healthy without compromising the taste you can air fry your chicken. 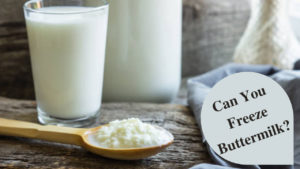